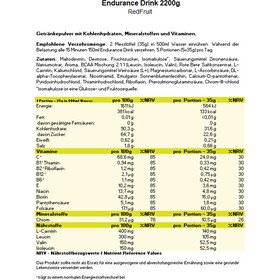 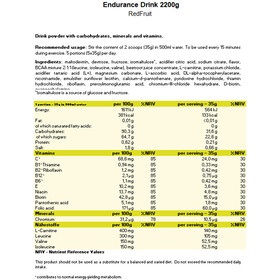 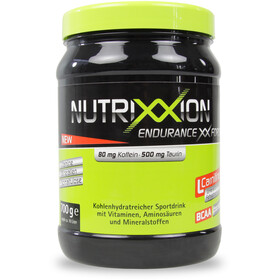 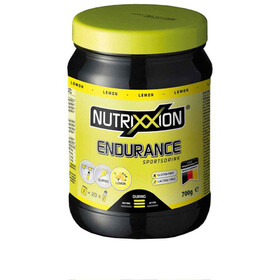 As the term Endurance implies, this product has been specially developed for the endurance & team athlete. An "all-round carefree" package, which should serve all needs of the body. In addition to three high-quality (tri-source) energy sources, which return lost energy to the body - without hitting the hips - as well as vitamins & minerals, this product contains BCAA's, which return valuable amino acids to the muscles even during exertion. However, this product is not aimed at increasing muscle volume and should not be understood as such. Rather, it is intended both to replenish the energy stores as quickly as possible and to regenerate the musculature.

Carbohydrates, minerals, BCAA's, magnesium, L-carnitine make NUTRIXXION Endurance Drink Nutrixxion's all-rounder. It is suitable both as a carbo-loader before sports and as an energy drink during sports. Its special carbohydrate mix ensures optimal absorption by the body. But also the electrolyte balance of the body is regulated by the Endurance Drink. Electrolytes and water lost through sweating are returned to the body, which prevents dehydration. During heavy physical exertion there may be an increased need for BCAA's, which are used directly in the muscles as a source of energy.

Therefore NUTRIXXION Endurance Drink contains, among other ingredients, these essential amino acids. This is what distinguishes it from many other sports drinks. The basic rule is to always supply the body with sufficient fluid during and before sports. The amount depends on many factors, such as body weight, exertion or weather conditions. Therefore, no general statement can be made about the optimal amount. For those who do not want to do without caffeine in their drink, the Endurance Drink is also available as XX-Force version, with 80mg caffeine and 500mg taurine.

User
Very simple: The NUTRIXXION Endurance Drink is the ideal companion for anyone who is active in sports.